What is congestive prostatitis?

Congestive prostatitis develops due to a violation of trophic processes in the prostate gland and pelvic organs. Trophism refers to all metabolic processes occurring in organs - blood circulation, lymph movement, dynamics of prostatic secretion.

The disease is characterized by a number of specific symptoms, the appearance of which is caused by edema of the inflamed organ. Due to the stagnation of the secretion in the prostate, its lobules are not completely emptied, which leads to inflammation and enlargement of the organ. As a result of these processes, the prostate presses on the bladder and urethra, which explains the appearance of the symptoms of the disease.

In contrast to the acute form of inflammation, provoked by disease-causing agents, congestive prostatitis can go on for many years without severe symptoms. During this period, there is a gradual violation of the trophism of the prostate, the organ is depleted, and over time the disease makes itself felt with a sudden exacerbation.

Congestive prostatitis is usually diagnosed either by accident, during a routine examination by a urologist, or at the time of an exacerbation, when a man is faced with pronounced symptoms.

The disease requires long-term complex treatment. The prognosis for recovery depends on the timely detection of congestive prostatitis. In some cases, men live for decades with chronic inflammation, forced to undergo regular treatment to avoid exacerbations of the disease. 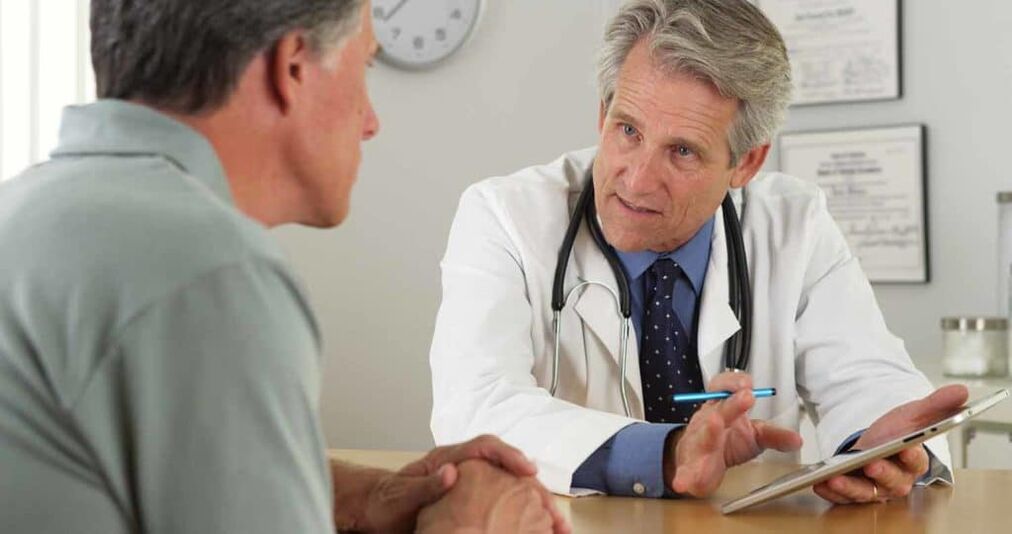 Congestive prostatitis or chronic non-infectious prostatitis is a direct consequence of poor lifestyle choices. Disruption of metabolic processes in the prostate develops over a long period. The causes of the disease are:

The main enemy of prostate health is physical inactivity. Lack of physical activity leads to a deterioration in blood circulation in the lower body, including the pelvic organs, which over time provokes a thickening of prostate secretions and the development of an inflammatory process.

Physical inactivity, burdened by a lot of excess weight, is a direct path to prostatitis. It is not for nothing that congestive prostatitis is believed to be a disease of office workers, since it is the long hours of sitting at the desk that lead to circulatory disorders in the pelvis and prostate.

Chronic stress, decreased immunity, and hypothermia in the lower body are all indirect causes of prostatitis. With a stagnant, sluggish inflammatory process, these factors act as triggers for an exacerbation of the symptoms of the disease.

Another enemy of men's health is chronic constipation. Difficulty, irregular bowel movements leads to the fact that dense feces, passing through the intestines, irritate the prostate. At the moment of bowel emptying, trophism is disturbed. With rare constipation, this is not dangerous, but regular defecation disorders lead to irritation of the prostate with the subsequent development of prostatitis. 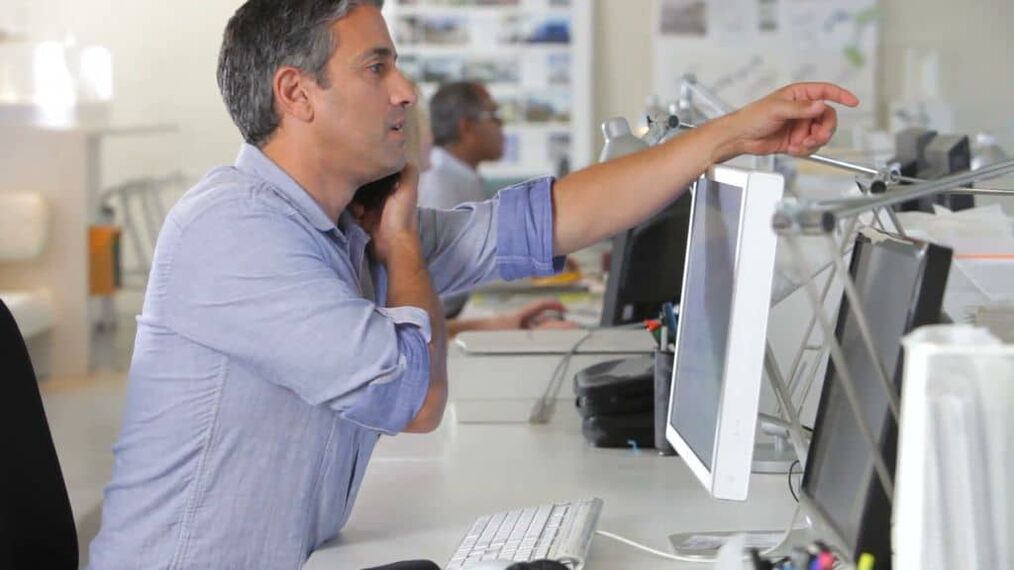 Congestive prostatitis is a common problem for office workers.

Why is prostatitis dangerous?

Congestive prostatitis is accompanied by specific symptoms that significantly impair a man's quality of life. In addition to constant discomfort, the disease progresses, which leads to the development of dangerous complications.

First of all, potency suffers. Violation of blood circulation, thickening of secretions and impaired contractile function of the prostate gland leads to the fact that sex does not bring pleasure, but is accompanied by discomfort and pain. Over time, the problem worsens, therefore, in addition to weakening libido, erectile dysfunction occurs. Blood does not flow into the penis in sufficient volume, which leads to a weakening of erection and threatens erectile dysfunction.

Congestive prostatitis can cause infertility in men.

A fairly common complication of sluggish inflammation is urinary backflush, which can cause kidney infection and pyelonephritis.

Lack of timely therapy for congestive prostatitis can lead to the formation of calculi in the prostate gland, the removal of which often requires surgical intervention.

Symptoms of the disease

The symptoms of congestive prostatitis are manifested by impaired urination. Outside of an exacerbation of the disease, one feels heaviness in the bladder, frequent urge to use the toilet and a weakening of urine pressure. At times, pain in the bladder may appear, spreading to the lower abdomen and perineum. The pain is spastic in nature, spasms appear and subside.

With congestive prostatitis in men, there are problems with potency and ejaculation. In this case, both an increase in the duration of sexual intercourse and premature ejaculation are possible. The climax is accompanied by pain in the urethra.

Signs of inflammation of the prostate gland with congestive prostatitis intensify at the time of exacerbation. This occurs against a background of decreased immunity, severe stress, overwork or hypothermia. The symptoms are acute. The number of urges to urinate can be up to 8 times per hour. Emptying the bladder does not bring relief, as it feels heavy and full. The pain syndrome manifests itself acutely, there is a feeling of heaviness in the rectum, which is caused by prostate edema. In rare cases, the appearance of hematuria - blood in the urine - is possible. After urination and ejaculation, pain and severe burning sensation in the urethra is felt.

Congestive prostatitis is not a bacterial inflammation, therefore, an increase in temperature with this form of the disease is extremely rare. Nevertheless, due to constant discomfort in the perineum, symptoms of general malaise are noted - drowsiness, irritability, and loss of strength. Quite often, the course of congestive prostatitis is aggravated by insomnia due to an increase in nighttime urge to use the toilet, which is caused by swelling of the prostate in the evening and at night. 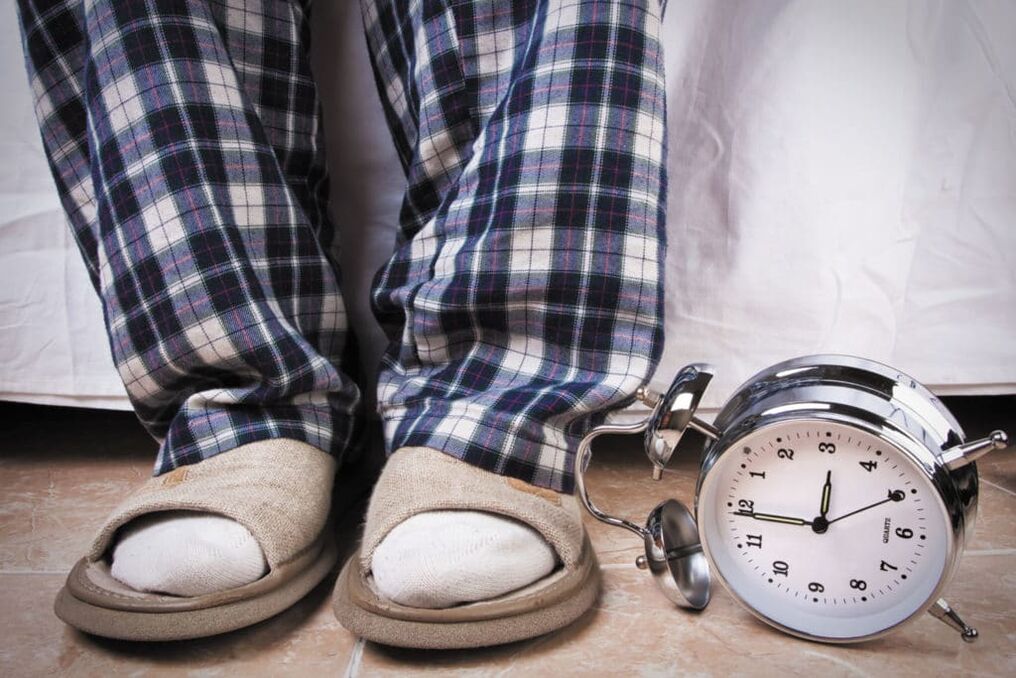 Frequent urination does not provide relief or sleep

Ultrasound diagnostics is considered an uninformative method, since it indicates the presence of inflammation, but not the nature of its development. For this reason, the most informative is the analysis of the secretion of the prostate gland. By the nature of changes in the composition of the prostatic secretion, congestive prostatitis and its complications are diagnosed.

To exclude adenoma and other disorders, an MRI of the prostate is additionally prescribed.

Treatment of congestive prostatitis is a lengthy process. The therapy is aimed at relieving inflammation and edema, improving urodynamics and restoring metabolic processes in the organ.

In addition to specific therapy, patients are prescribed diet, exercise therapy and physiotherapy. All these methods pursue one goal - to normalize the outflow of prostatic secretions and improve blood circulation to the organ.

Symptomatic treatment includes the use of antispasmodics, analgesics and non-steroidal anti-inflammatory drugs. Such drugs can relieve pain and discomfort, improve urination, but do not affect the functionality of the prostate gland.

Unlike infectious prostatitis, with congestive inflammation in the secretion of the prostate gland, no pathogenic agents are detected, therefore, antibiotic therapy is inappropriate.

For treatment are used:

Taking alpha-blockers helps improve urodynamics. These drugs have a muscle relaxant effect, reducing the tone of the bladder, which makes it easier to urinate. With congestive prostatitis, treatment with these drugs is practiced in a short course, due to the large number of side effects.

To relieve inflammation, non-steroidal anti-inflammatory drugs are used in the form of tablets or rectal suppositories. Treatment lasts no more than a week, 1-2 suppositories per day. It reduces inflammation and swelling of the prostate gland, and also relieves pain. Injection of NSAIDs can also be practiced, but only as directed by a doctor.

Conventional antispasmodics can help relieve pain in the bladder and perineum. The medicine is taken as needed, but not more often than three times a day, one tablet.

The main part of the treatment of congestive prostatitis is the use of herbal remedies, vitamins and immunostimulants, the action of which is aimed at restoring the prostate gland.

The therapy can be supplemented with phytopreparations in candles with beekeeping products in the composition, ichthyol or pumpkin seed oil. These drugs can be bought at the pharmacy or prepared on your own. They have anti-inflammatory properties and stimulate the immune system.

You should consult your doctor about how to treat congestive prostatitis. The duration of treatment depends on the severity of the symptoms, but usually takes at least three months. 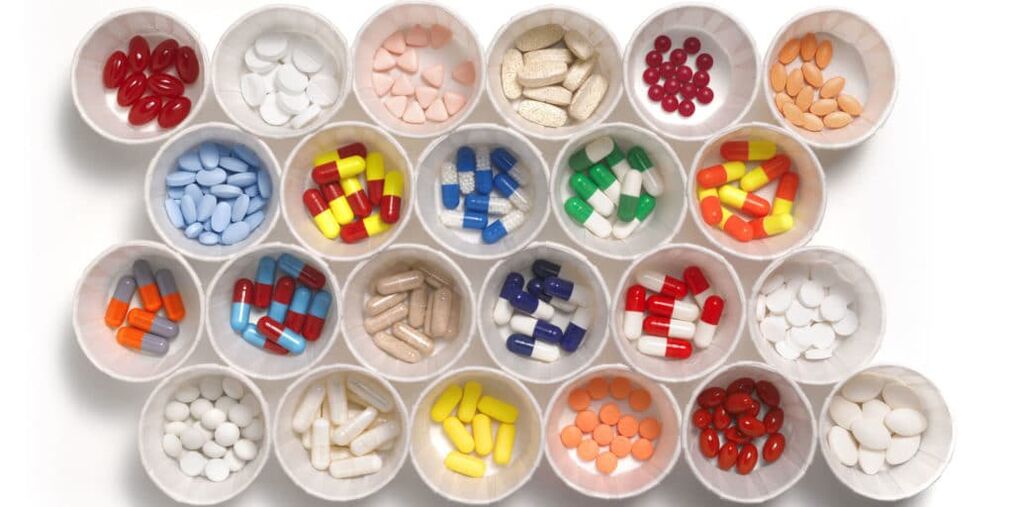 The main goal of therapy is to restore the trophism of the gland.

You can supplement the treatment with folk remedies. The following recipes will help to cure prostatitis.

Folk remedies can also be used to prevent exacerbation of prostatitis. In this case, the course of treatment is reduced to two weeks.

With congestive prostatitis, prostate massage and physical therapy are prescribed to improve circulation. Massage is done in courses of 10-15 procedures.

Physiotherapy methods are selected by a doctor. Usually, with prostatitis, acupuncture, hirudotherapy, electrophoresis, magnetotherapy, darsonvalization are practiced. A good effect is achieved with ultrasound and shock wave therapy.

In addition, there are a number of prostatitis treatment machines for home use. Before purchasing such a device, you should consult your doctor.

Avoiding bad habits and a balanced diet will help speed up the recovery from prostatitis. Natural prostate protectors should be introduced into the diet - pumpkin seeds, pumpkin seed oil, honey, citrus fruits, walnuts.

You should normalize the daily routine and exercise regularly. An important role in the treatment of congestive prostatitis is assigned to regular sexual activity, since sex eliminates the cause of the development of the disease - stagnation of prostatic secretions.

Having figured out what congestive prostatitis is, you should know how to prevent its development. Prevention of the disease is reduced to a careful attitude to their own health. In order for the prostate to be healthy, it is necessary to provide oneself with moderate but regular physical activity, to prevent hypothermia of the pelvic organs and to strengthen the immune system.